About a month ago I attended a food tasting event at Ichiban Boshi at Great World City. It’s a place I used to frequent pretty often until a year or two back. I had a couple of not so very pleasant experiences and have since tried to avoid going back. However they’ve just recently introduced something interesting called Aurora Salmon at the Kuriya Fish Market which is attached to the restaurant. It is a kind of premium sashimi-grade salmon from Norway brought in by the Leroy Seafood Group.

The name itself caught my interest, there’s just something whimsical and a tad bit mysterious about it, just like its namesake “Aurora”. This salmon is indeed farmed under the Northern Lights of the Arctic Circle in a pristine environment and optimal conditions so as to produce salmon with a higher fat content. I’ve tried wild salmon before as well, it is a much deeper orange and has less fat content which is perhaps why I prefer the farmed ones. 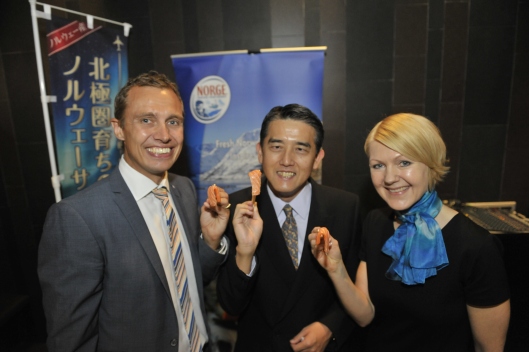 I have to be honest and state that my favourite fish to have as sashimi is the tuna. I rarely ever specifically order salmon sashimi unless it comes in a set or in one of those mixed sashimi dishes. But I thought I’d set my prejudice aside and give it a go.

Seeing all the food bloggers there and the variety of good cameras being used, I was embarrassed clicking away on my iPhone. My SLR is just not user friendly enough to snap food pictures at a close distance or I’m just not good enough to handle it correctly. Not all the pictures here are mine. I need a 35mm lens!!!

So here’s the lunch menu: 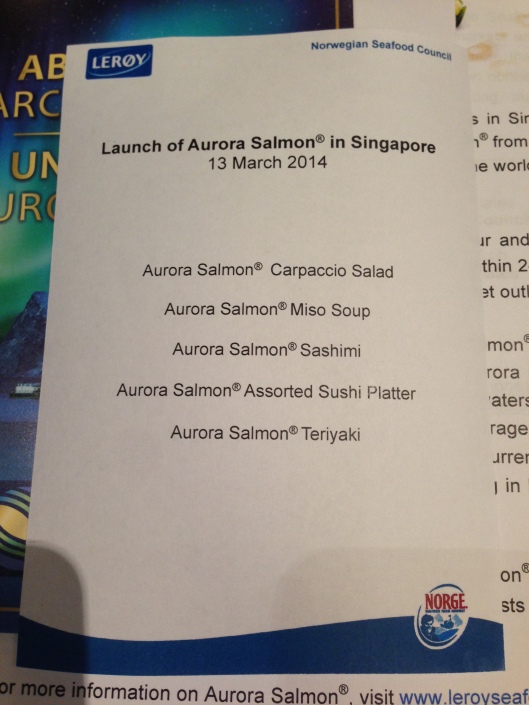 And here are the chefs preparing salmon sashimi for us. The fish is absolutely plump, shiny and beautiful. 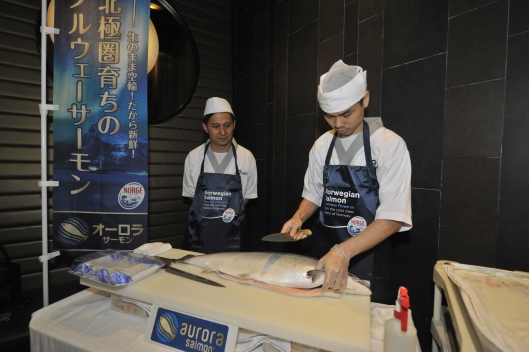 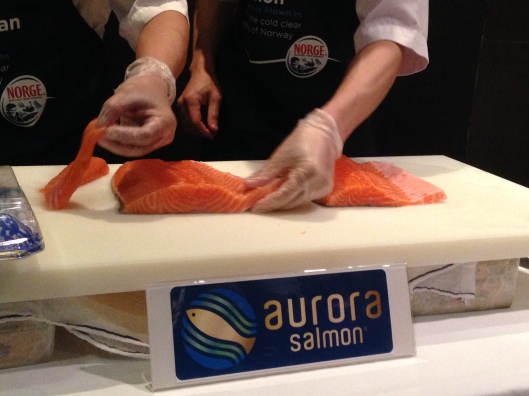 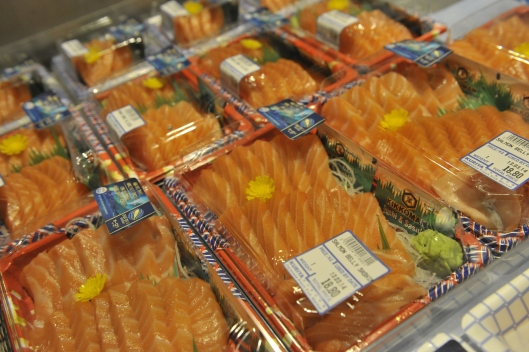 So here are a few more pictures into lunch. I’m not sure if they will be including this into the Ichiban Boshi menu, I only know that the Aurora Salmon is being sold in Kuriya Fish Market outlets. The salmon is flown fresh into Singapore within 2-3 days of harvesting so I’m feeling pretty confident about its freshness.

Aurora Salmon carpaccio salad. It’s all right as far as salads go but I think the salmon skin could do with some work.

Aurora Salmon Miso Soup. I’m not a fan of salmon cooked in soup, it is so much tastier fried, baked or as sashimi. If you prefer milder flavours then perhaps you might like this, but fish cooked in soup tends to get overcooked and have a tendency to get tough as a result.

My favorites, the salmon teriyaki and assorted sushi platter 😉 Anything with mentaiko and mayonnaise is a winner! XD I hope for less rice in the sushi platter next time though, there was way too much in terms of rice to fish ratio.

As I was leaving, I was pleasantly surprised when they handed me some Aurora Salmon sashimi to take home. Best door gift ever! 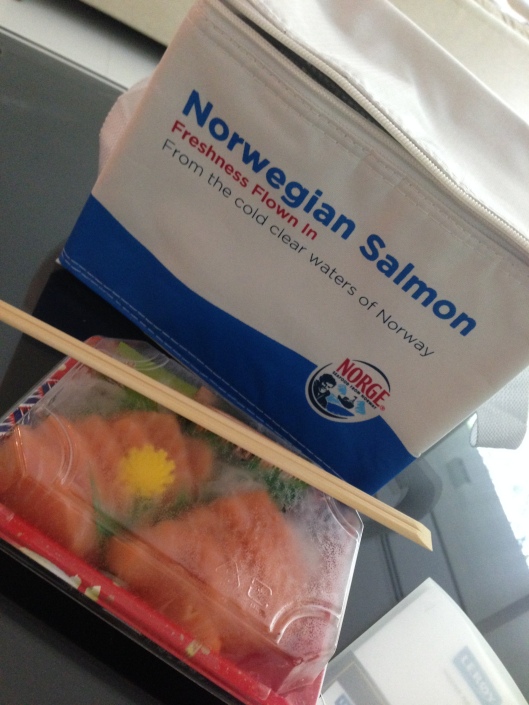 Salmon sashimi for dinner then!!! 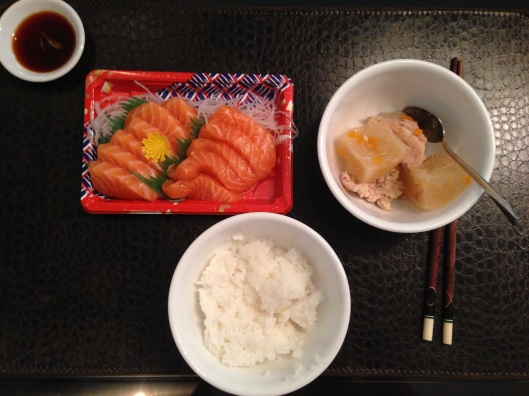 While I still don’t order salmon sashimi at restaurants I find that I’m actually craving this Aurora salmon, in all its buttery and smooth finery. It’s perfect with hot rice.

Definitely going back for more soon!